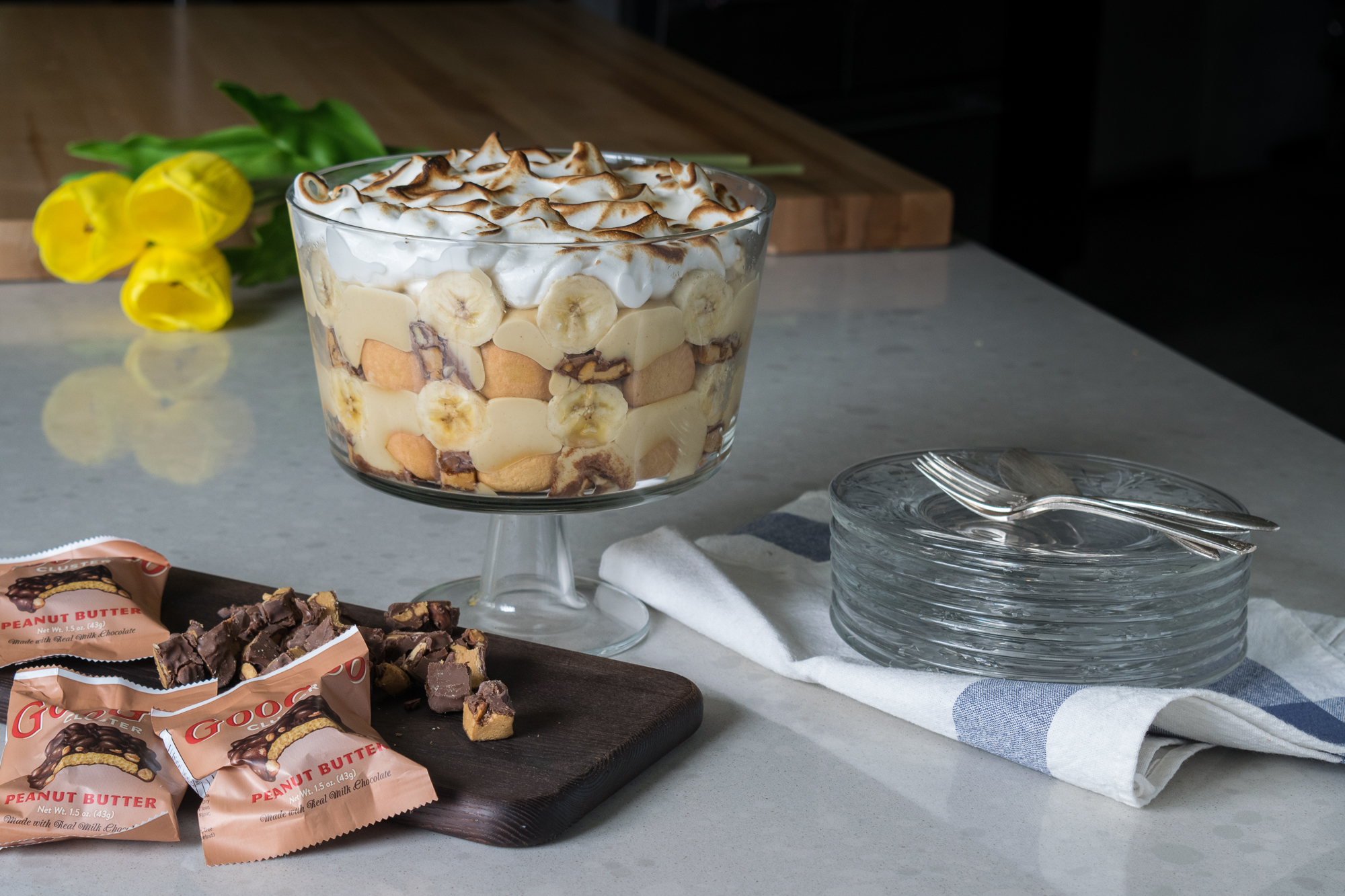 Bananas and peanut butter are a classic combination, so adding peanut butter to classic banana pudding was a no-brainer. But as chocolate aficionados, we know that the real trifecta of flavor lies in the crossfires of bananas, peanut butter, and chocolate. So we added Peanut Butter Goo Goos to this recipe, too! Look out y’all; this recipe is bananas.

made with peanut butter goo goos

Prepare dish by placing half the vanilla wafers in an even layer in the bottom of the dish. Arrange half of the banana slices on top of cookies. Scatter half of the Goo Goo pieces evenly on top of bananas.

In a medium saucepan combine 4 cups milk with pudding mix and, stirring consistently, bring to a boil over medium heat. Once pudding boils, remove from heat and stir in peanut butter until combines. Stir in remaining cup of milk. Continue to stir pudding until it has cooled slightly.

In a mixer fitted with the whisk attachment, beat egg whites on high speed until they begin to turn opaque white. Add cream of tartar and sugar and continue to beat until soft peaks form. Spoon meringue on top of chilled pudding. To brown meringue, use a kitchen torch or place dish under a preheated broiler until lightly browned (Don’t look away! It will only take a second!). Meringue is also quite delicious not browned 🙂 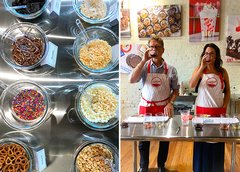